Meet Ellie – a rescue puppy who is ready to go on epic adventures.

We adopted Ellie at the end of June from a dog rescue in downstate New York. She is essentially my pandemic puppy. Something about the stress and frustration of isolation and constantly changing times made me crave the comfort of a cute little pup. But, anyone who has raised a puppy before knows – having a puppy is not all cuddles and cuteness. Puppies, themselves, bring about a bit of stress and frustration – but in this case, it was exactly what I needed.

I had always grown up with dogs in the family but have never owned one of my own in my adult life. I had sworn off having pets, thinking that they would be too much work and would stop me from having any kind of freedom. Alas, this is still true. But I’m also a mom, a wife and a homeowner so the responsibilities are already there.

As I’ve been meeting more people in the outdoors community and going out on the hiking trails, I’ve noticed that so many of these people have dogs and that the dogs seem to love doing all the same outdoor stuff that their human companions do – if not more. I realized that my lifestyle was definitely suited to having a dog if I could manage to find the right type of dog.

Our search for a puppy began in May and it took quite some time and research to find a dog. Apparently everyone else in the pandemic had the same idea I did because I learned that dog adoption rates were off the charts in recent months. I would find a puppy that I thought would be a good fit, I would send an inquiry to the shelter or rescue and within a few hours I would find out that the puppy was already pending adoption with someone else. It was a bit of a frustrating process. For anyone who is seriously considering adopting a dog or puppy right now, I would recommend starting your search as soon as possible!

The first few weeks of having a puppy were tough. She was cute but it was kind of like having a newborn baby all over again, except this time it was one with sharp teeth that could launch into piranha mode at any moment. Lucky for us, the people that fostered her before she came to us worked with her quite a bit on basic training skills. She was almost perfectly potty trained and knew her basic commands. She just needed a little coaxing to understand that we were using the same commands with her. Even the puppy biting and chewing has abated quite a bit and having her around the house has been a lot more enjoyable.

Once I got relatively comfortable with Ellie being on a leash and my ability to control her, I decided to take her on her first hike. Short and local. I brought my daughter with me. Ellie was terrified of everything! She seemed like she had no idea why I was leading her into an unknown place deep into the woods and she needed a lot of coaxing from me to keep going. My only saving grace was that my daughter led the way down the trail and Ellie was obsessed with following her.

At the end of the trail was a nice little spot that had a waterfall and a pool of water. We rested, had some doggie treats, took some photos, and went on our way again. I was fascinated to find that on the entire way back, Ellie led the way and somehow knew exactly how to get back, and practically sprinted the whole way back. I wondered if she was following our scent on the way back!

With the first hiking trip a relative success, I decided to take Ellie on another hiking adventure a few days later. This one was another popular, local hiking trail but this time there was an incline involved. This time I was solo, except for Ellie, and it was getting close to dusk and it was about to rain. The whole way up, Ellie was very hesitant. She would stop in the middle of the trail, look back and whine, asking to go back. It made me second guess myself on a trail I knew really well – was there something out here in the woods tonight that I should be worried about? I decided that she was just a 3 month old puppy who had no idea what we were doing so she was just scared. Or she didn’t want to climb the mountain because she was lazy. So instead of tugging at the leash I just picked her up and carried her. I did this twice before I finally said “Nope, you can do it!” She did end up powering her way to the top eventually, and we got a few cute photos at the top.

Then, as I predicted, she practically sprinted her way down the mountain, leading us right back to the car. Actually – something I was pleasantly surprised about was that as we approached the parking lot, Ellie noticed a car that wasn’t there when we first started hiking. She was apprehensive about it, warning me of its presence. Thanks, Ellie!

I was so happy to find out that my puppy could climb small mountains so I decided to push her a bit more. The next hike we decided to do was Bald Mountain in Old Forge, NY. This is a very popular hike with a fire tower at the top of it and is about a 2-mile round trip hike. I went into the hike knowing full well that it was almost 3 times the distance Ellie has ever been so I was prepared to either turnaround and stop the hike or carry her part of the way.

But I didn’t need to do either of these things. Ellie and my daughter climbed up the rock slides like champs, powering their way to the top. Ellie seemed to like this hike the best because the rocks were interesting to climb and there were so many new smells. Plus, she had Carolina to follow up the rock slides. The only problem we ran into was on the way down, the trail started to become crowded and Ellie was terrified of all the other dogs and people that were out. Otherwise, she led the way down the mountain and brought us right back to our car like usual.

I am so happy to have found a dog that I can take hiking with me. I’m excited to watch her grow as a puppy into a dog and as a dog-hiker, taking her on bigger and more interesting adventures! 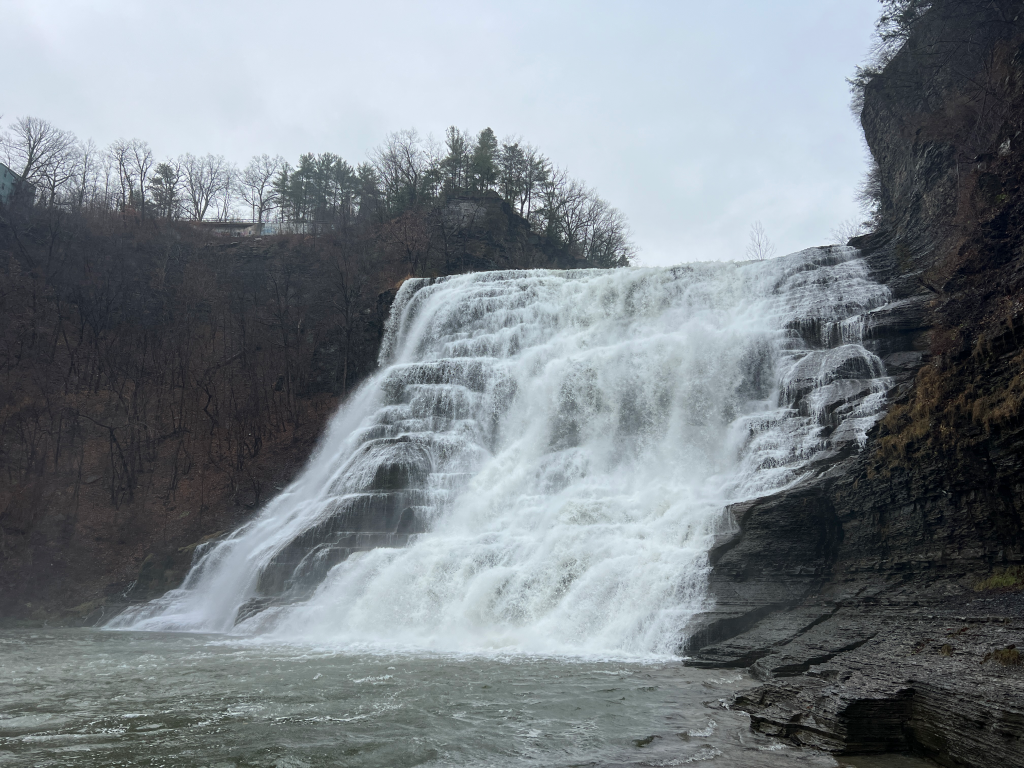 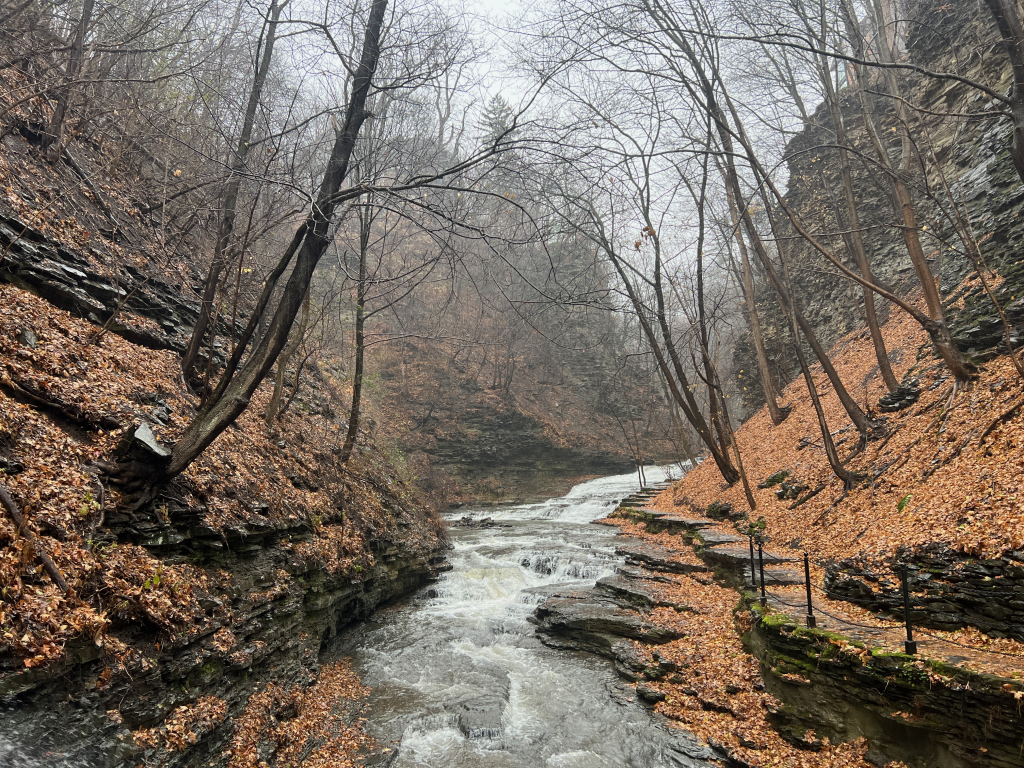 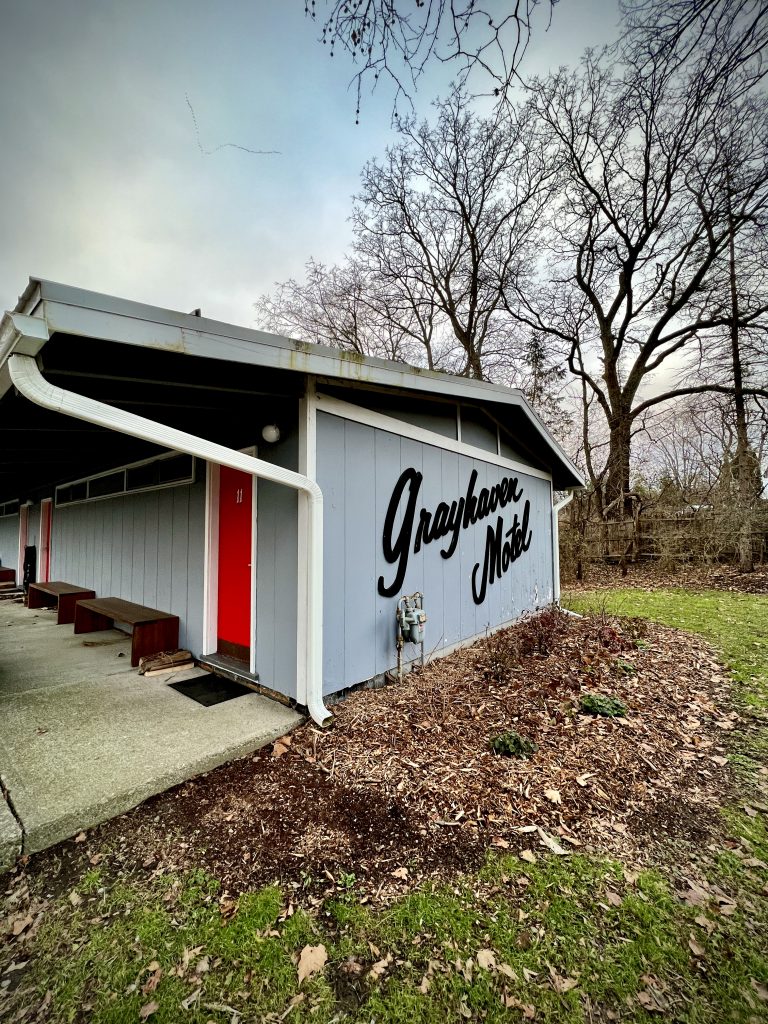 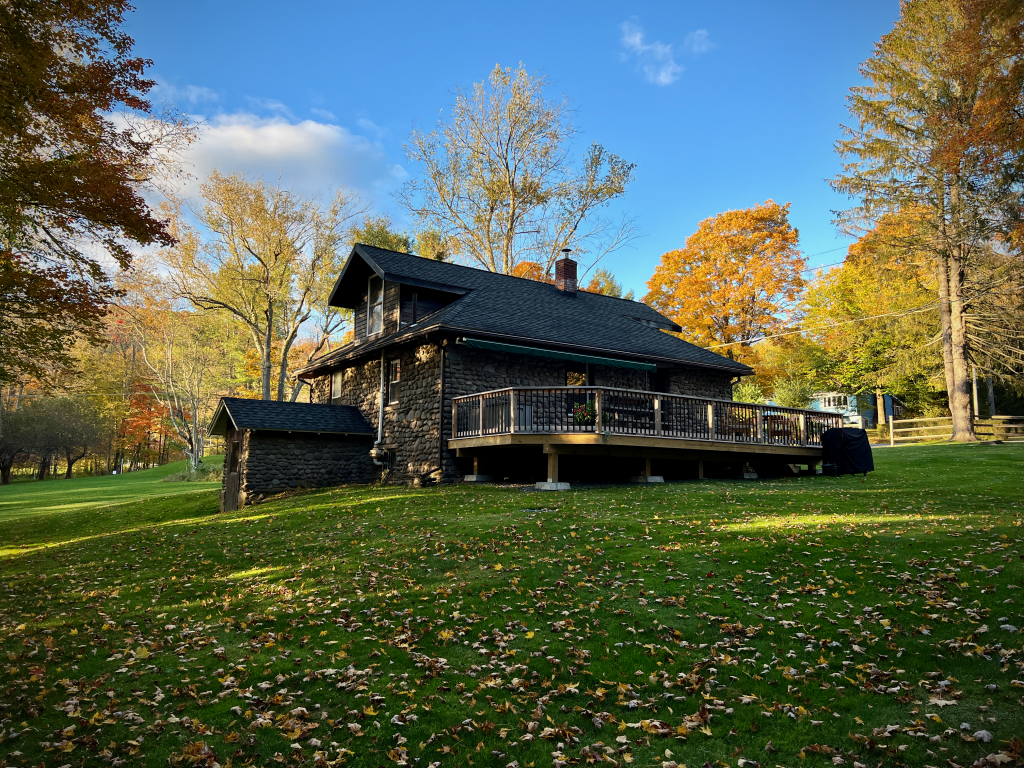